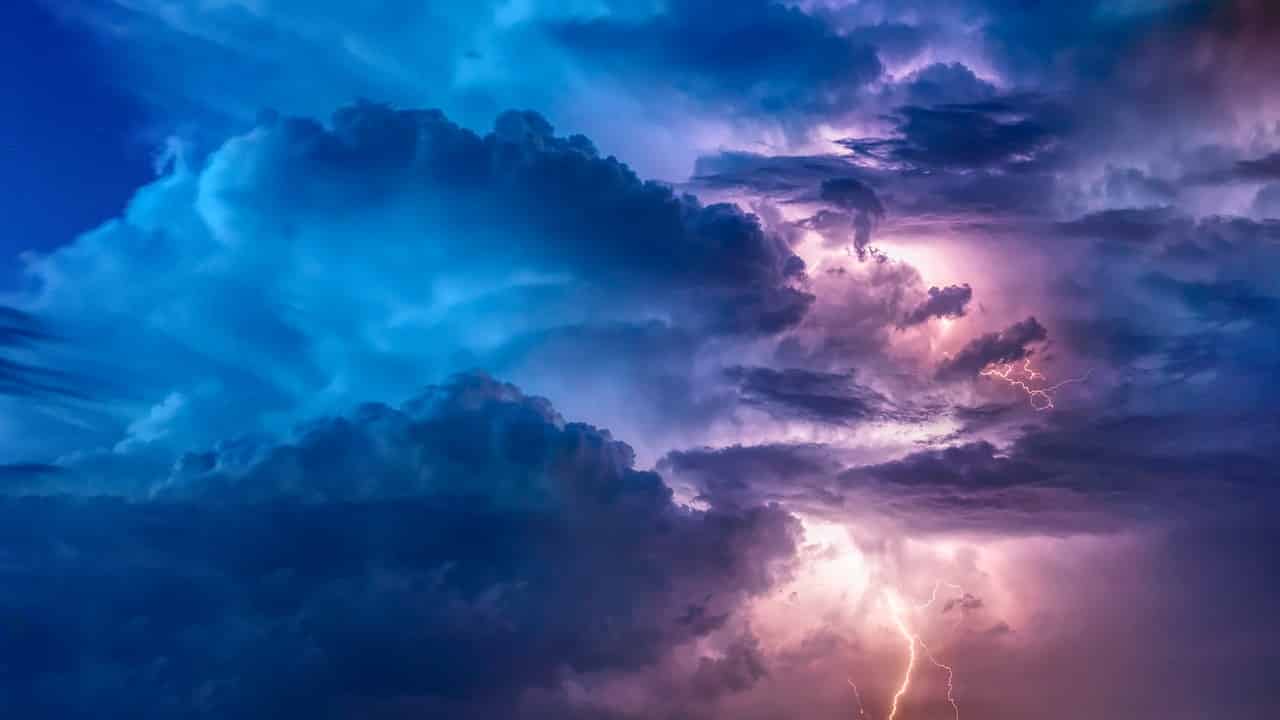 The annual death by lightning is 51 people in the United States and around 2000 worldwide.

Hey, campers you are probably here because you have found thunderstorms scary it is not only you, its many people issue especially while camping people get obsessed with this. But what you have to know is the chance of getting struck by lightning is very low so it doesn’t have to be a big issue but there are measures to take to decrease the chance of getting struck by lighting.

So that is a very low chance but that doesn’t be you are 100% safe you have to be careful especially while doing sports outside because you are vulnerable to lightning when you are outside compared to when you are indoors.

When it comes to lightning the riskiest activities include fishing, boating, camping, and golf.

In the first place what attracts lighting? there is this belief that metals like aluminum or iron attract lightning but that is completely false. Lighting wants the shortest way to the ground. It is like when you pour water and it flows by the easiest way to the ground.

So lighting tends to strike taller things if something is taller the chance of getting struck by lightning increases. What is the reason the taller the object is the closer it is to the clouds which makes it the easiest way to the ground.

So the short answer is yes, tents do attract lightning to some extent because of the extra height they have from the ground. So that means there is a higher probability of lighting to struck a tent than bare ground.

1 in 700,000 is a very low chance so you don’t have to panic about it, but it doesn’t mean that you have to forget about it, you have to take measures to protect yourself or at least to decrease the chance.

Avoid pitching your tent too close to tall things

As I have said the taller the higher chance of getting a strike from lighting. so you have to avoid pitching your tent near to isolated trees or the tallest trees. The thing is, trees are most likely tallest things on a campground and even if there are taller things: trees have many pointy tips and so lightning tends to strike them often.

So why would it scare you if a lightning strike a tree?

The first thing is you conduct electricity tens of times than a tree because our body is 75% water so which in result causes what is called a “side strike“. A side strike is when lightning hits a tree or a taller object and part of the current jumps from the taller thing to more conductive things(mostly humans or animals).

The second thing is the current that will be transferred from the tree to the ground which is the most common and can be fatal. The conductivity of the ground might differ by many factors like the amount of water it contains, and also the amount of metals that are found and many more things, but generally it can travel to 100 feet.

Stay away from conductors

This is rare because there aren’t many conductors on camping grounds but you see one you should know what you have to do. Electricity travels many miles in wires and most metal surfaces so you should stay away from wires and any kind of conductive materials which can conduct the lighting which is miles away from you.

Just check the weather reports of the campsite

Weather reports are very accurate these days they are almost 100% accurate on a daily report and less and less on long term reports. So what should you look out for on the report?

The first is obviously cloudy and rainy seasons. You should avoid those they are the most vulnerability times with a high probability of thunderstorms which might result in lightning. There is a very low chance of lightning on a bright sunny day and snowy times.

What to do when you see lighting signs

Imagine having a nice time camping but things start to change and bad weather all of a sudden! Yap I wish it doesn’t happen but what if does, first what are signs you could take as warnings that there is a potential danger of a lightning strike?

Darkening of the sky and strong wind– This is one of the biggest signs that there is a potential danger. And this is what you have to check before you go out on your camping trip.

Cumulonimbus clouds– An unusual amount of these type of cloud is also a warning that there might be a coming thunderstorm. most of the time cumulonimbus clouds are withe and fluffy but don’t get tricked by their look they are the most dangerous clouds.

Thunderstorms– If a thunderstorm starts to happen you should start to need to hesitate you just have to take action.

And so if you are seeing the sighs no need to hesitate to take action. You have to go to the nearest shelter when I say this I don’t mean to say your tent when I say shelter something bigger and safer like if you are camping in a state park or a national park you have to find the nearest emergency room or the reception.

The second choice is to go inside your tent put your sleeping bag and other insulating things on the ground and sit on that this method would be nice if the current is coming from the ground.

Your final choice is to go to a low lying area. As I have said earlier, lightning often strike higher places or taller things so you should go to places that are lower than the surrounding or you can even go to a valley if there is one

They are real but they are not under production yet so you might have to wait for a little to have those. They are designed by Kama Jania and she had made a wonderful design and they have tested the tent with high voltage from 400 kV up to 1MV and they are proven to be safe. But as I have said they are not being produced yet, but I have read that they are adding some features on it to make it better and it will be able to get them by 2021.

I am not sure but there are also rods that are capable of protecting your tent from lighting. but I am not sure of the effectiveness so I will not say you will be 100% safe if you have them but not bad if you got this in case.